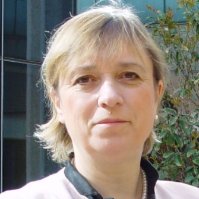 Until June 2020, Marie-Christine Sawley was the Intel Director of the Exascale Lab in Paris since its opening at the end of 2010, expanding this effort with new collaborations (mostly with CERN Openlab and Barcelona Supercomputing centre). During this period, she lead the Intel participation into two H2020 projects on Exascale software.  Prior to this, she worked for 3 years as senior scientist for the ETH Zurich in the CMS computing team at CERN. Between 2003 and 2008, she was the director of the CSCS, the Swiss national supercomputing centre, boosting significantly the development of the centre during this period. During her career at EPFL, between 1988 and 2003, she managed a number of high profile HPC projects across a variety of disciplines, and has been an active contributor to the Swiss participation to the SOS conferences series in the years 2002-2008.

Over the last 20 years, she has built expertise as HPC technology manager to serve the advancements of world class science, mission critical computing, extreme sporting competition or industrial partnerships, and is now working as an independent consultant and technical editor.  From 2013 until 2020, she was a member of the advisory Board of the Women in HPC organisation and is member of the expert panel of the ICES foundation in Geneva.

Marie-Christine holds a degree in Physic and a PHD in Plasma Physics (1985) from EPFL.  She spent two periods in Australia: for a postdoc at Sydney Uni in 1987-88 in Astrophysics and for a sabbatical leave in 1999. Marie-Christine is a Swiss and French national.

All sessions by Marie-Christine Sawley

Welcome to Session I: Science and Application drivers for Cloud and Edge Computing