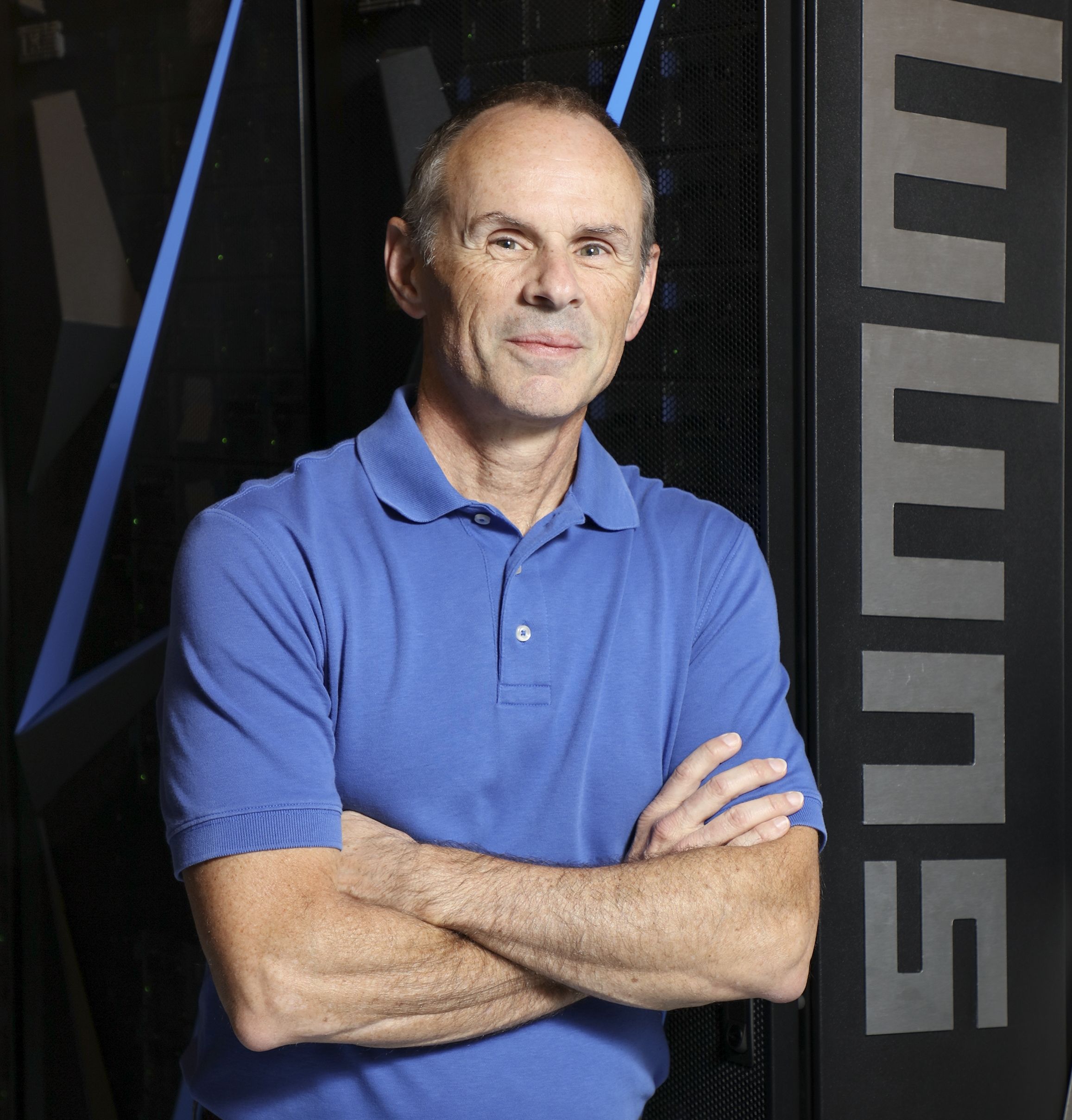 He is also the ORNL lead for the High Performance Computing for Manufacturing (HPC4Mfg) Program, Principal Investigator for two Exascale Computing Projects, and a Joint Faculty Professor in the Bredesen Center for Interdisciplinary Research and Graduate Education at the Univ. of Tennessee in Knoxville.

John received his Ph.D. in Nuclear Engineering from North Carolina State University in 1990. Until 1997 he worked at Los Alamos National Laboratory (LANL), when he joined Blue Sky Studios, earning credits on the Academy Award nominated feature film “Ice Age” and the Oscar-winning short animated film “Bunny”. In 2001 he returned to LANL to lead a computational science group and contributed to the launch of the Roadrunner supercomputer. Roadrunner combined standard processors with enhanced versions of the IBM Cell processor used in PlayStation 3 game consoles and was the first system to achieve a sustained performance exceeding 1 PetaFlop/s (a million billion calculations per second). Dr. Turner has been at ORNL since 2008.

All sessions by John Turner, ORNL